In 2019, the Consumer Ombudsman sued Mackmyra for improper use of six different images on social media. Their ruling stated that the images ‘”do not live up to the picture rule and the requirement for special moderation, allude to moods and emotions and that they attract special attention”.

Operating within Sweden, Mackmyra was sued for images and social media which were aimed at its customers outside of Sweden and is seeking to appeal the ruling. To help support out court case, Mackmyra has released a case of six bottles, featuring the controversial images on the label. A portion of the sales of each case will go support Mackmyra’s legal battle.

Overall, no matter where they are, we want to be able to engage with our community; to like, comment and share your pictures, share our pride for our products and country,  and celebrate the times we get to meet in person.

Frihet (Freedom) is an unique one-time collection consisting of six bottles; three Mackmyra classics and three limited Seasonal whiskies that our Master Blender recreated for this purpose only. Unlike the originals, all editions are bottled in 1 litre bottles that are adorned by labels with the sued pictures.

By ordering Mackmyra Frihet you can show your support for Mackmyra as we take the fight for the same craft-distillery conditions in Europe. Of the total price for the whisky, £100 goes in full to costs in connection with the court process and Mackmyra’s appeal of the sued pictures.

MACK: Aged in our whisky mine in Bodås in high quality ex-Bourbon casks. A youthful whisky, yet well-balanced with a pleasant mouthfeel. Fruity with spice of toasted oak casks and notes of pear, vanilla fudge, citrus and a hint of nuttiness and walnuts in the finish.

For us, freedom means being able to use pictures and words to portray our Swedish origins and the environments that are the inspiration for our whiskies. Mackmyra is the pioneer that started the Swedish whisky expedition. Our Swedish landscapes are an inherent part of our origin and identity, and we want to share this with others. Freedom involves being able to proudly display pictures of our whisky in environments that show the oak, water and barley from which our whisky originates.

For us, freedom means being able to use pictures and words to show how our whisky is taking the step outside Sweden to meet the rest of the world. It also involves being able to portray the people who are responsible for the craftsmanship behind the whisky and allowing them to proudly show the end result in pictures. Freedom means being able to show a picture of our Master Blender Angela, wrapped in the Swedish flag and  with a bottle of Skördetid in her hand, smiling as she meets new intrigued customers in London.

For us, freedom means being able to portray our whisky in pictures and words in a way that we feel captures the product’s unique and creative expression. However, having freedom also means taking responsibility; Mackmyra opposes all forms of discrimination and oppression and will always use communication that is in line with these values. We promote a healthy attitude to alcohol, in which taste and experience are prioritised, not the alcohol content of the drink. Being given more freedom in terms of alcohol marketing on social media would not change that.

For us, freedom means being able to use pictures and words to portray Swedish oak and how aging in Swedish oak casks gives our whisky a special,

Swedish character. The Alcohol Marketing Act’s rules for pictures, clearly state that pictures of ingredients may be displayed together with the product. In this picture for Svensk Ek, we asked the photo artist Simon Cederquist to  make a creative interpretation of the oak forest on Visingsö island, together with the main ingredients of barley, water and oak.

SVENSK EK: Partially aged in Swedish oak casks that gives the whisky a specific character with a complex and rich spiciness. Fruity and spicy with notes of sandalwood.

For us, freedom means being able to express ourselves in pictures and words on equal terms with the majority of our foreign colleagues in the industry. Applying Swedish laws to Swedish companies that use social media for  global communication results in unfair conditions and negative special treatment. This is because the laws don’t apply to producers that are located outside of Sweden.

The Swedish Alcohol Marketing Act’s often unclear picture  regulations, which prohibit us from showing our products together with people, food and nature, do not constitute freedom in our opinion.

SVENSK RÖK: Made from our own smoked malt that weseason with juniper twigs. Svensk Rök is smoky yet fruity, with peat, juniper, tobacco leaves and citrus notes.

Friends of Mackmyra, We Need You!

Freedom has always been a key word for Mackmyra since the start in 1999. With desire and joy, together with all our loyal fans, we have created and shaped the first Swedish single malt whisky for more than two decades. It’s freedom for us: to explore new flavors that lead to new experiences and new friends around the world.

As many of you already know, the Swedish authority, the Consumer Ombudsman (KO), has sued Mackmyra for the use of six images in social media. They believe that it should be forbidden to show anything other than the bottle and the raw material itself. No nature, no people, no food, nothing. In practice, we find it more difficult to engage with customers compared to competitors in the rest of Europe. This is not freedom – we cannot have it!

The verdict in the district court was convicting, but we have appealed and are waiting for the next instance. Mackmyra has no major financial muscles, but nor do we intend to give up. We are tired of being tied down and we just want fair conditions. What would Scotch whisky be today if it were originally censored and locked up in Scotland?

And to be clear: Mackmyra will always market and sell under responsibility – we have nothing against the Swedish responsible alcohol policy. But that we can neither show people nor nature together with our products is outrageous. This is basically a question of freedom of expression. It’s worth fighting for. That is why we are launching a unique limited freedom whisky that serves as a debate post on this issue. The six bottles have the contents from the “sued” bottles and are decorated with labels showing the “forbidden” pictures. Now we also turn to all our European Mackmyra fans. We need your help and support to win this and thus help to harmonize the rules within Europe towards freedom! 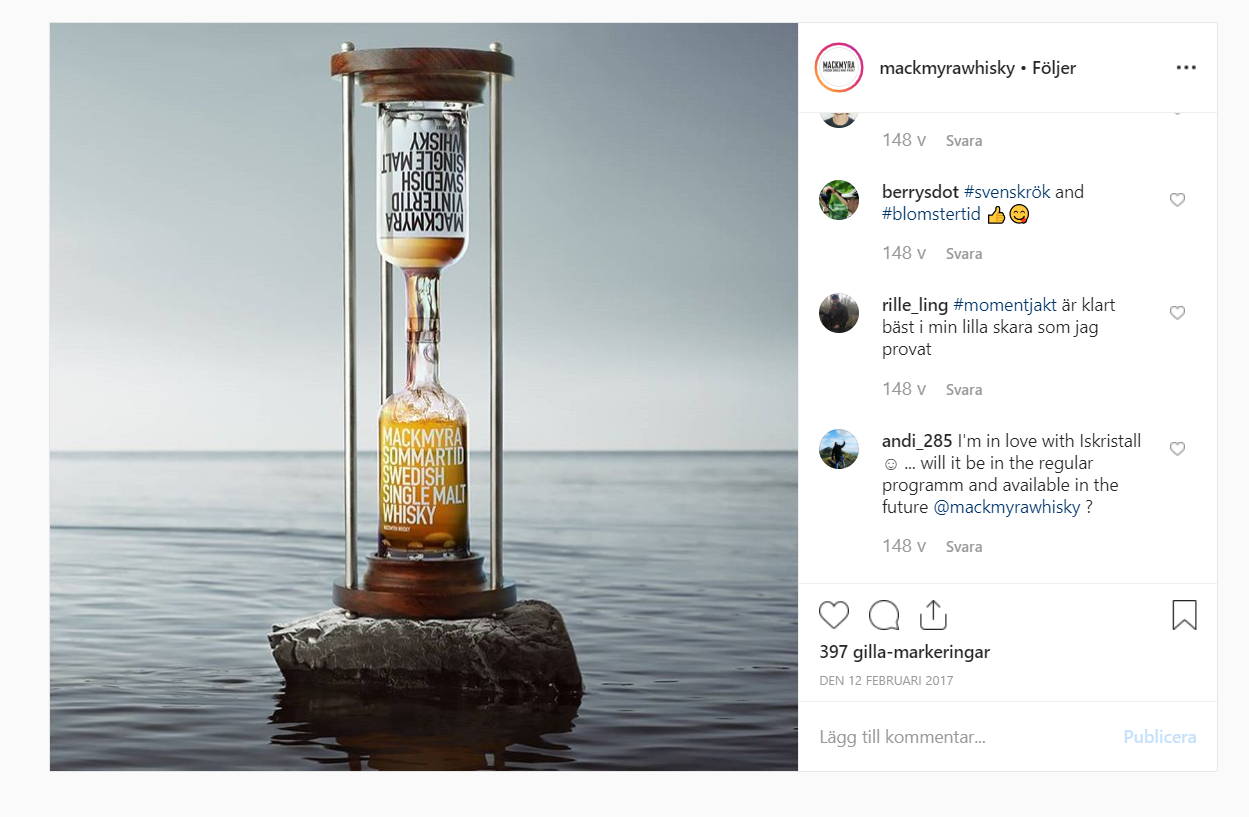 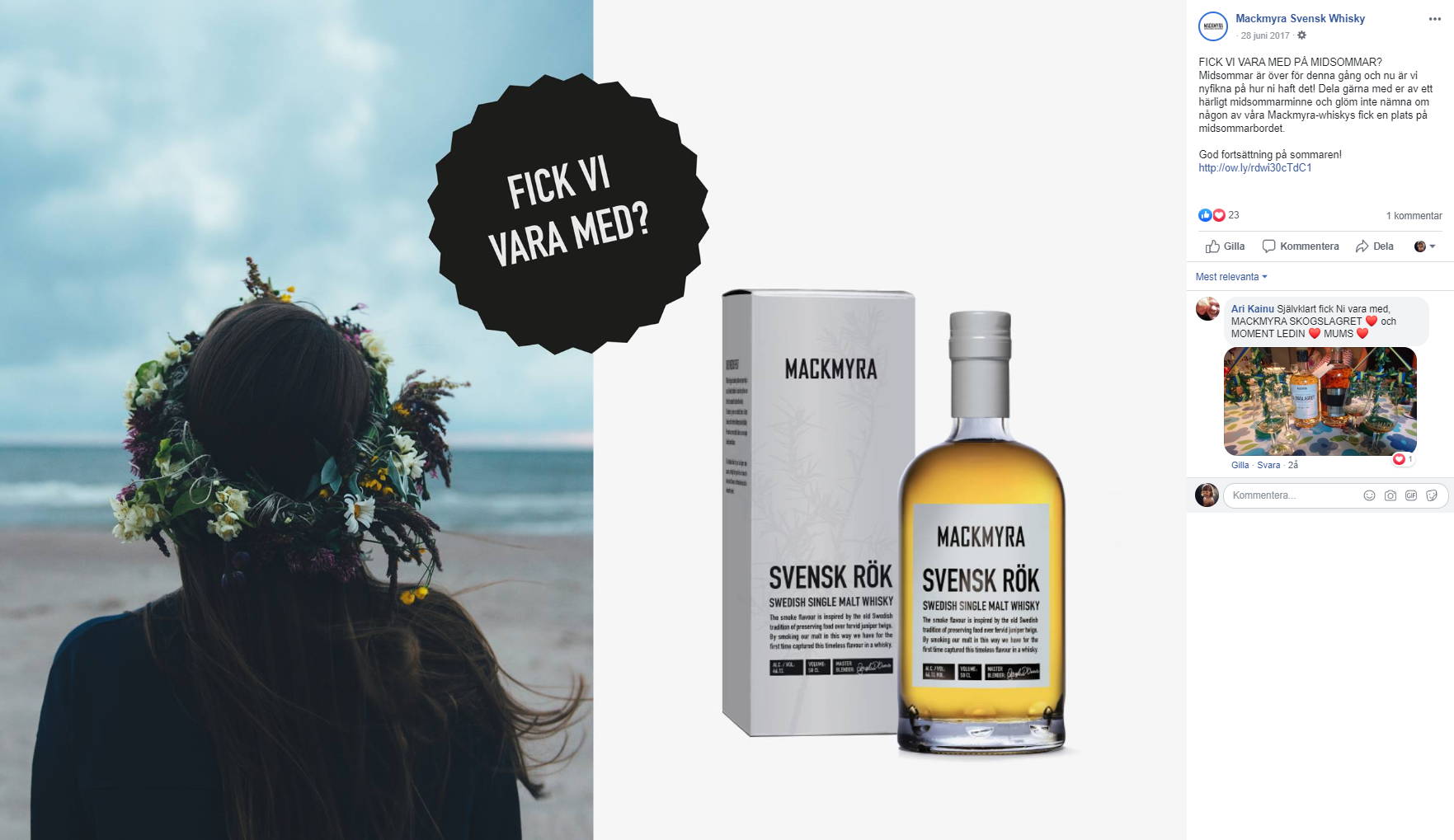 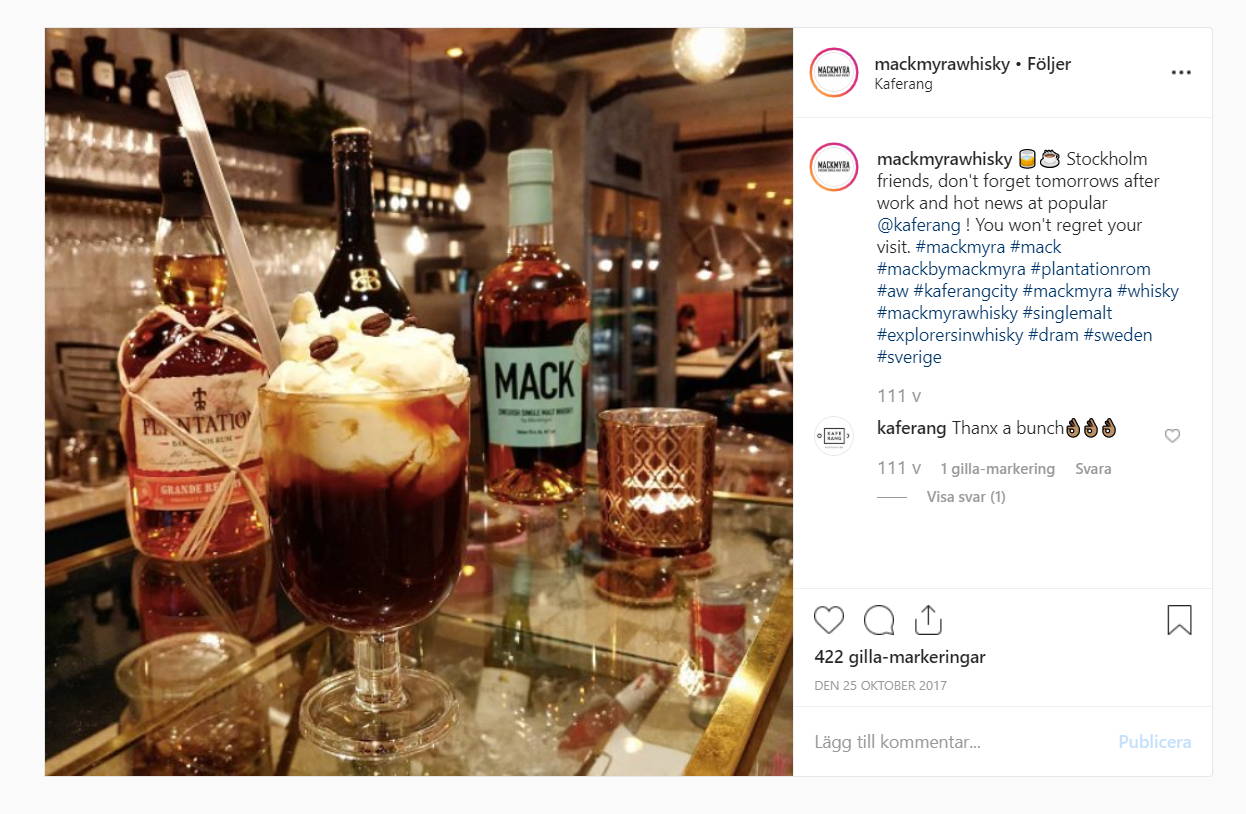 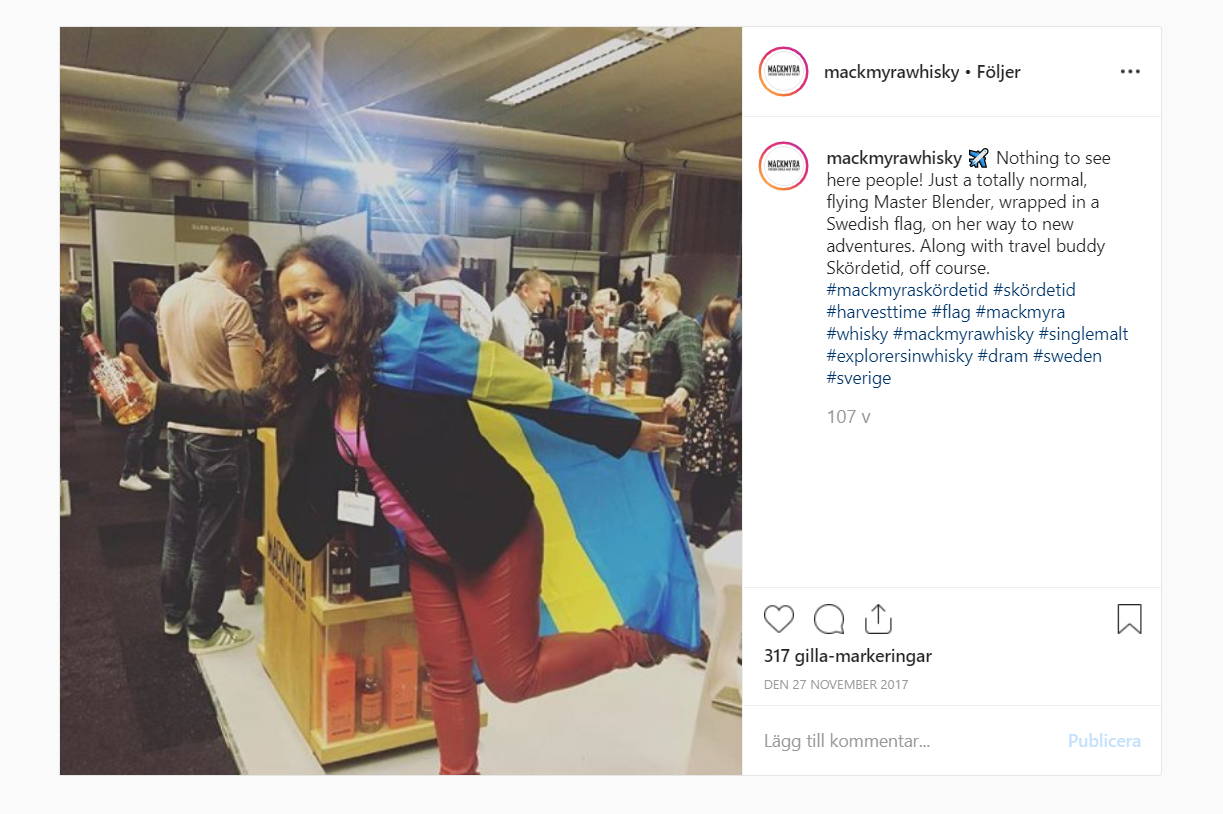 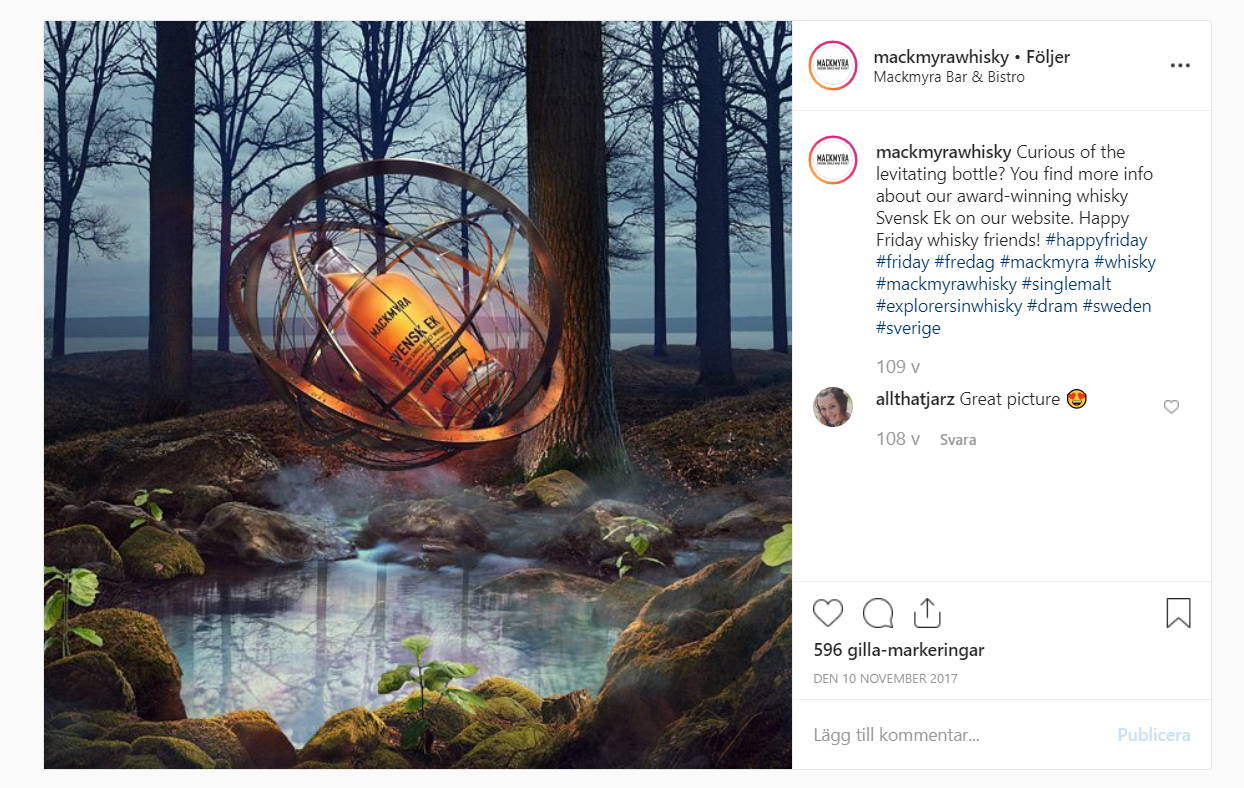 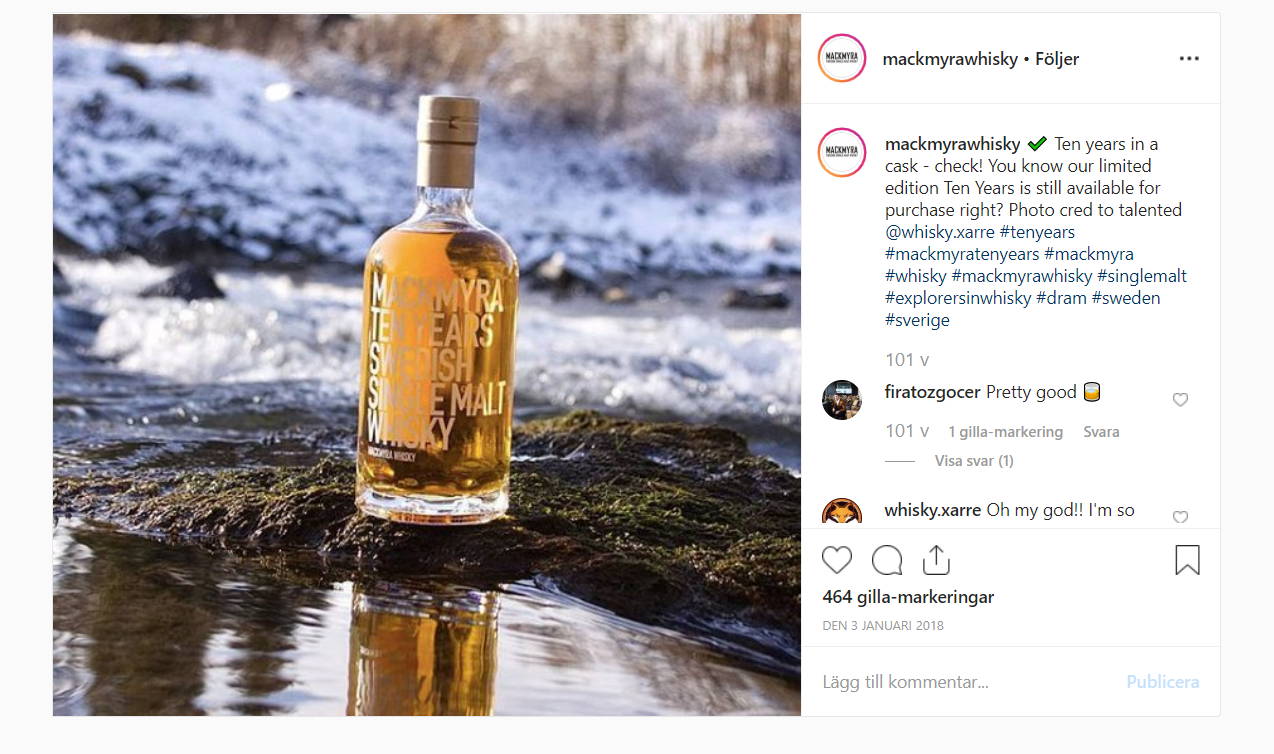 Pipette in a tube Sales to the EU have been temporarily suspended due to issues getting items through customs. The shop is currently closed and we are only operating our online and click and collect (by appointment) services until we are out of tier 4.  This will be available in Stockbridge or Andover.  Sorry for the inconvience, but we want to help keep people safe.  Thank you for your understanding. Stay safe and we look forwrd to welcoming you back in the near future. Dismiss